The other day, because of some research I’m doing on work-related matters, I found myself listening to an Asperkids podcast by Jennifer O’Toole, an author and the creator of the Asperkids website. Ms. O’Toole has Asperger’s Syndrome, as do her kids. I loved listening to her talk about the many ways our world has changed because of people who have this particular neurobiogical condition. She says:

Dr. Howard Gardner, a researcher and educator at Harvard University, theorizes that there are many ways in which we can be smart, or, to be formal, there are “Multiple Intelligences.” He has, to now, identified nine different kinds of smarts: musical/rhythmic, visual/spatial, verbal/linguistic, logical/mathematical, interpersonal, intrapersonal, naturalistic and existential. 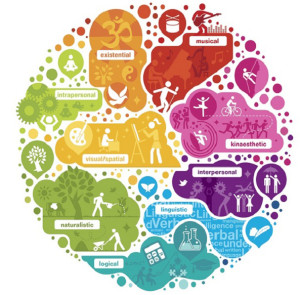 When our kids are working their way through school, they can generally find some success if they have sufficient verbal/linguistic and logical/mathematical smarts. Other kids, regardless of whatever biological make-up they have, find themselves with gifts that are not typically valued in a traditional school setting. They may be particularly gifted musicians or dancers who can’t read very well. John Lennon had dyslexia, for instance. 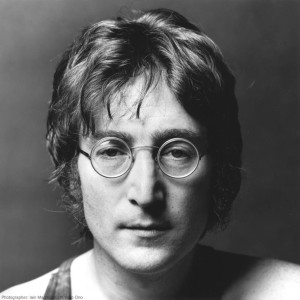 So did Walt Disney. What a sad place the world would be without The Beatles or Tomorrowland. 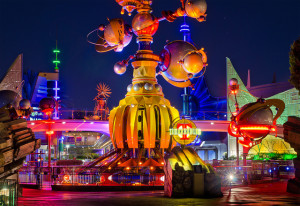 I’m beginning to think this is one of the hardest parts of parenting (or at least it is right up there with an entire sleepless night): helping our children tune in to those gifts and giving them the tools they need to nurture those passions. Perhaps it is hard because it is so very important. After all, if the alternative is that they judge themselves to be fundamentally flawed somehow, where might they be in another 10 years? 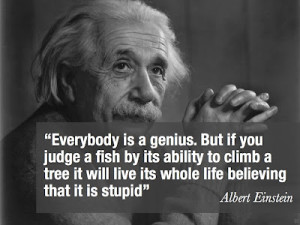 You’ll notice when you come to Kindermusik class, your teacher will talk about following the child. If your son would rather stack the sand blocks than keep a steady beat with them, that’s OK. If she wants to watch the others dance, it is no problem for us. Perhaps your child needs a little break. Go ahead—literally, follow him or her out to the hall and rejoin us when you’re ready.

Obviously, you can follow your child’s lead when you’re in class. But Kindermusik opens our kids’ worlds and gives them tools to explore in the first place. Connecting with them in class strengthens their foundation and gives them the security they need to branch out. Learning the stringed dulcimer as well as a pre-keyboarding glockenspiel, for instance, gives them some clues about the instruments they might love. Exposing them to a variety of music styles trains their ears and their psyches to be open to all sorts of differences—among people, cultures, history and musical styles.

This principle of following our children can serve us throughout their lives, too. Well, maybe we shouldn’t follow them to college. But we can help our kids find their paths by letting them take the lead.